Dataset Publishing enables this workflow by providing a mechanism whereby dataset creators can have the ability to add the dataset to specific roles (at specific access levels) without requiring full role editing.
Note that this dataset publish feature is only available to users that have Manage dataset permission on the dataset.

The following steps walk through an example of how dataset publishing can be utilised.
We are assuming a organisation whereby each user on the system is allocated to one or more conceptual projects, each having a standalone data connection.

Start by creating a number of roles within the system.
Firstly we create an essentially “empty” role which we will use as the target role for dataset publishing :- 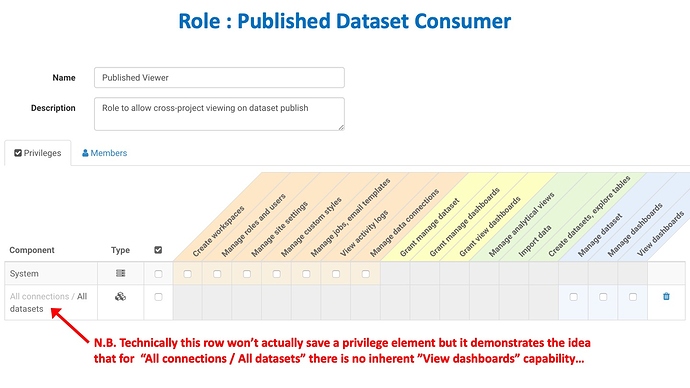 Next we create a creator role for our initial project which has the capability to create content for project 1. Note that this role also has the target role created above added to it with the ability to grant view dashboards :- 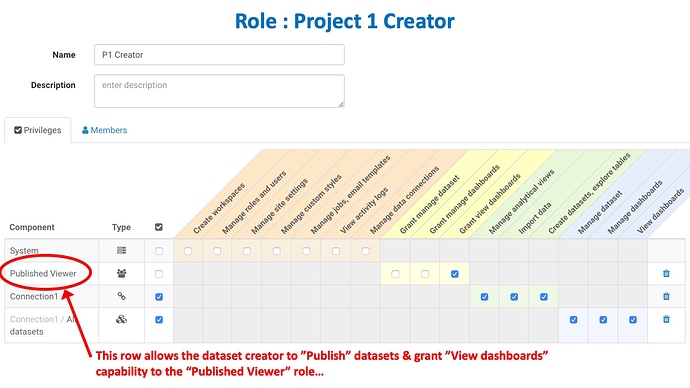 We then create some project consumer roles for users who should inherently be able to access content for each project :- 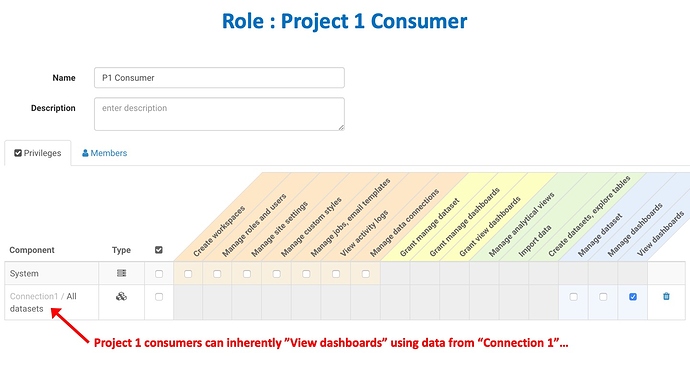 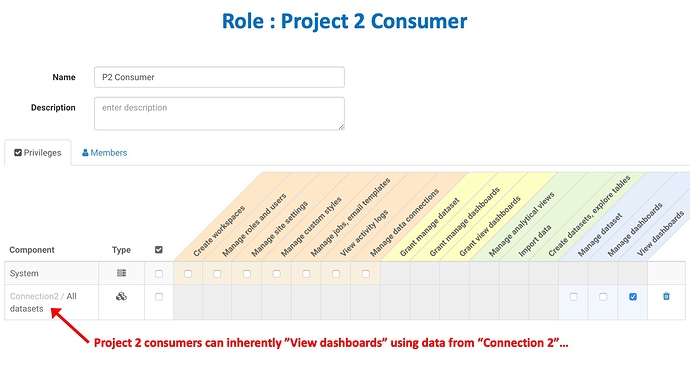 Having created all necessary roles, they are allocated to users and the workflow is performed as outlined below :- 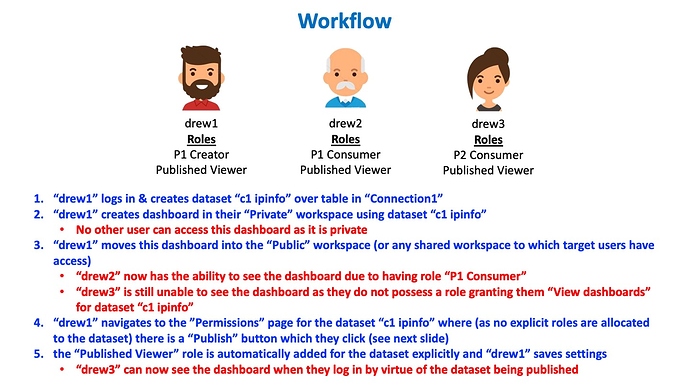 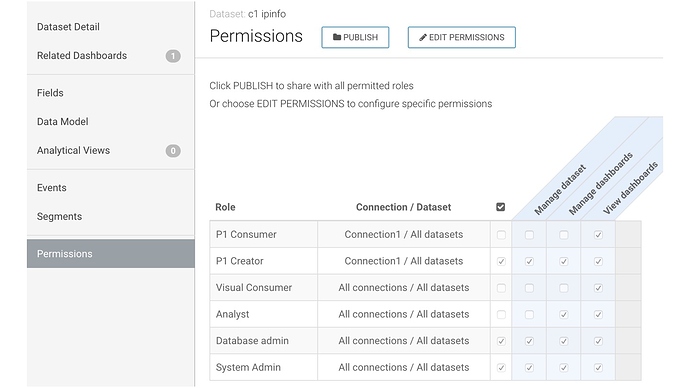 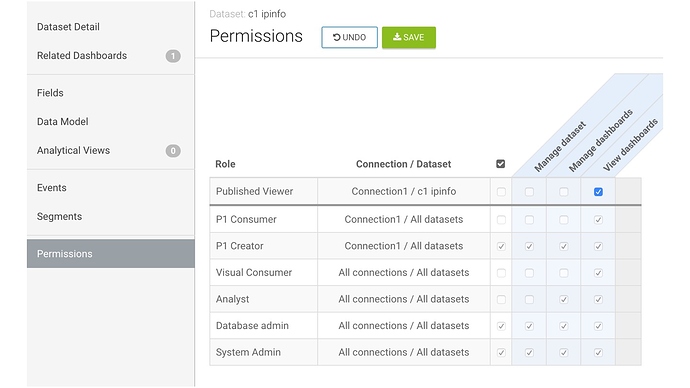 In the event of wanting to have a finer-grained control over the sharing of content, with a little more upfront administration of roles we can create an environment where datasets can be published to a subset of other tenants as outlined below :- 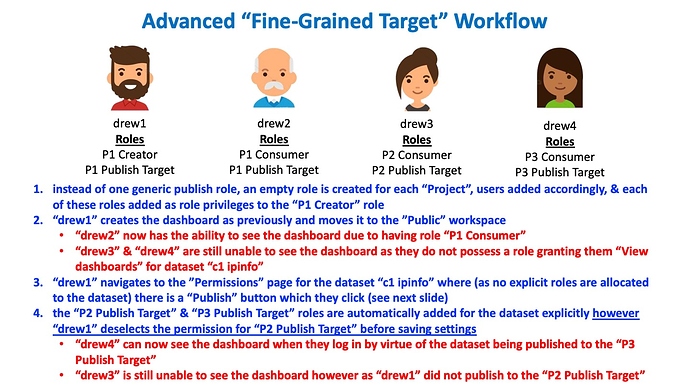 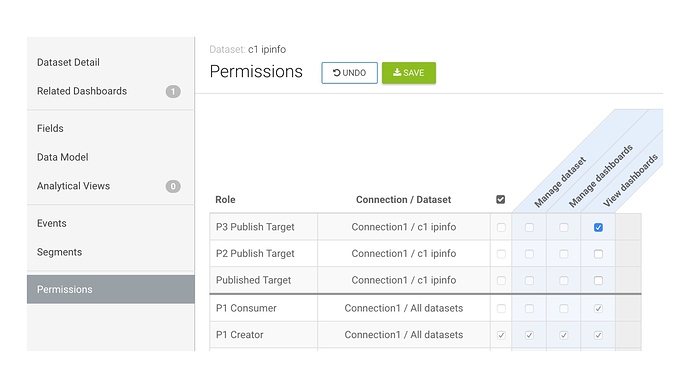