While Arcadia does have a visual type of “Combo” that is a combination of a bar chart and line chart, it may not be obvious how to create a Pareto chart with Arcadia Data. It is possible!

By definition: " A Pareto chart, named after Vilfredo Pareto, is a type of chart that contains both bars and a line graph, where individual values are represented in descending order by bars, and the cumulative total is represented by the line."

Using a Combo visual type, specify the dimension as what your bars will represent, in this example “channels”.

Specify your “Bar Measure” as what you would like in the bars. Specify a Descending sort on this measure.

The “Line Measure” is the tricky part. It combines some analytic functions, specifically “% of Total” and “Running Sum” to give the Pareto curve. 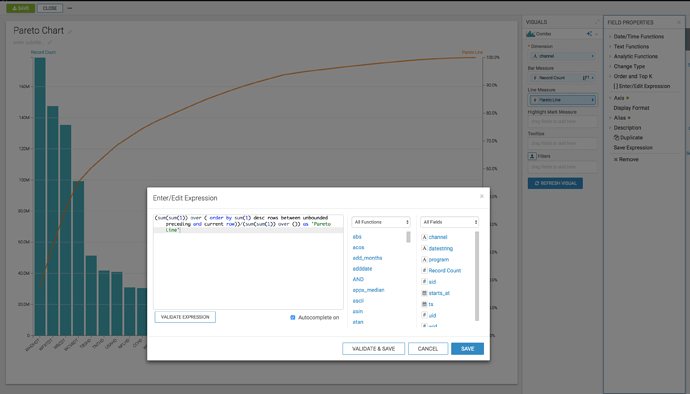